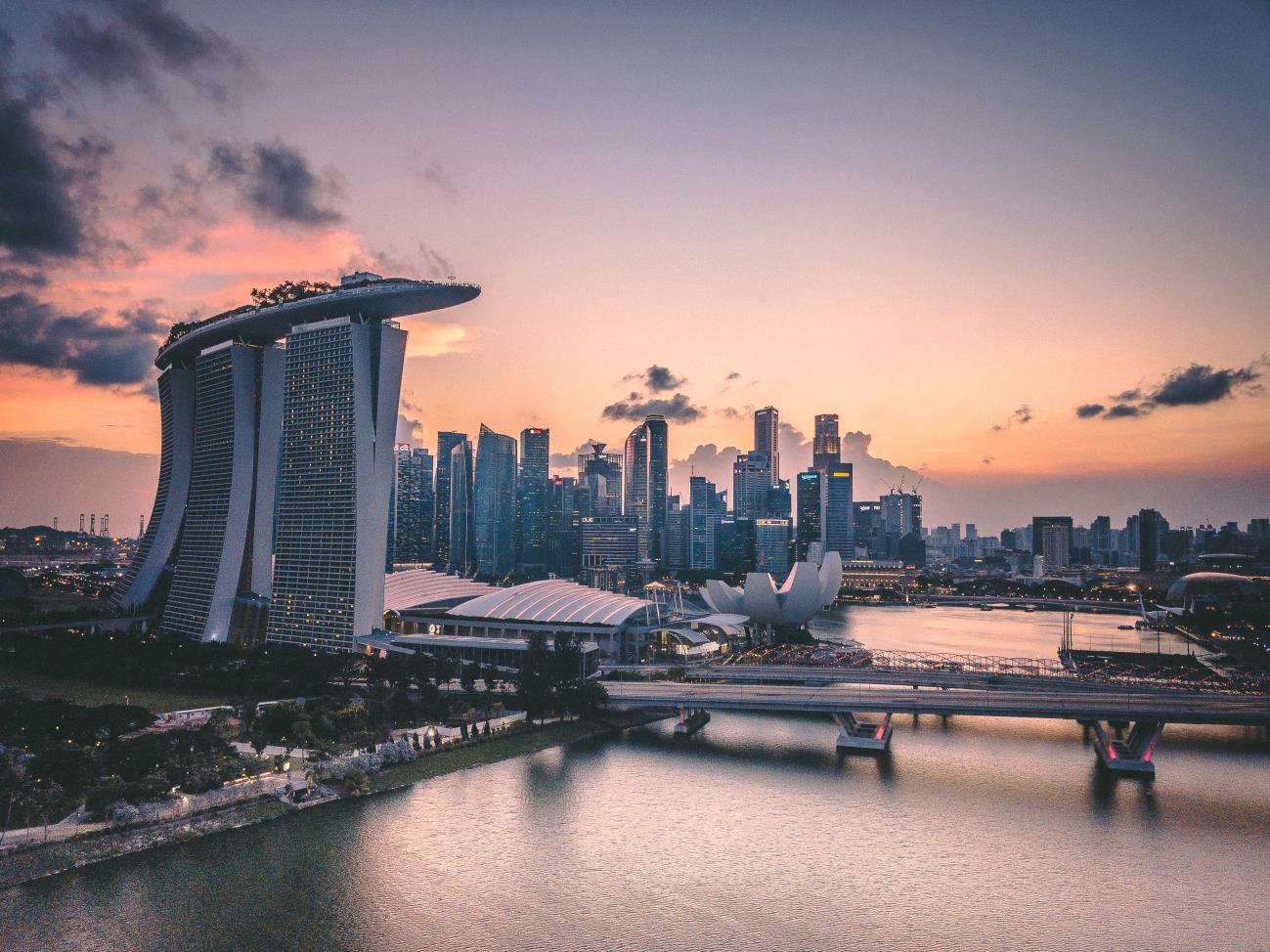 “East is East and West is West and never the twain shall meet.” This maxim from an 1889 poem by Rudyard Kipling is being challenged like never before. Not only are Asian organizations and cities keeping pace with Western peers, but in fact they are eclipsing them and setting new global standards. Digitalization has reset the competitive clock, meaning that we are all starting the digital journey at the same time – and leaders are increasingly looking towards Shanghai as much as Silicon Valley to discover digitalization best practices.

This marks a major shift in the global business landscape. Where the 1980s gave us the ‘Cola wars,’ today we have the GAFA vs. BATX battle – that is, Google, Amazon, Facebook and Apple vs. Baidu, Alibaba, Tencent and Xiaomi. Impressive Asian examples are to be found in many sectors. Consider Ping An, which has expanded beyond insurance by building ecosystems in banking, healthcare, smart cities and housing, accumulating nearly 500 million online users; Haier, which has structured its business to achieve ‘zero distance’ to its customers; or think of how Singapore, Beijing and Bangalore have become world-leading smart cities.

Leaders are under pressure to guide their organizations into the new digital world, yet it has been estimated that 84% of digital transformations fail. Perhaps that’s little surprise: according to our own research among more than 1,800 senior leaders across North America, Europe and Asia-Pacific, nearly half did not have a digital vision in place for their organization at the start of 2019, nor any intention of creating one.

Our Ticking Clock model aims to help leaders develop that vision and understand how they can succeed on the digital journey. Critically, it is not about developing a ‘digital strategy,’ but a strategy in a digital world. The approach is based on three strategic stages. 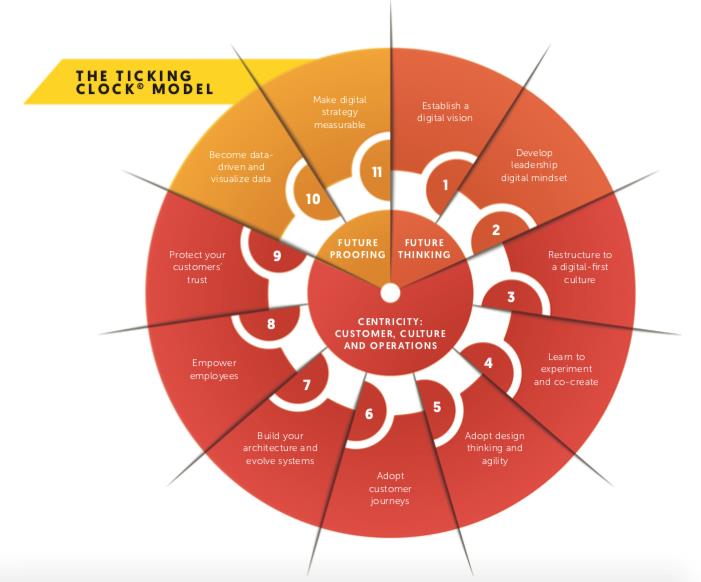 The first stage involves establishing a clear digital vision and developing a new mindset based on leadership growth. Leaders need to identify how digital adds value to their business and clarify their own role. Both elements are critical to success. When we started working with one Western bank, we heard that the bank’s digital vision was to “enable customers to open accounts online.”Compare this to Singapore-based DBS Bank, which wants to “make banking joyful.” The first statement is limited and narrow, but the second is truly a guiding light. It inspired leaders across DBS to transform their business, and in 2019, DBS became the first bank to hold all three of the world’s top banking honors at the same time.

2. Centricity around customer, culture and operations

The second stage is to identify the impact of digitalization on the essential components of the business – something that leaders habitually underestimate.

It’s not about tweaking or adjusting the business model, but a complete transformation, starting and ending with the customer. An organization can revisit its customer offer through tools such as agile design-thinking and customer journeys, which are leading many organizations to shift from selling products to platforms.

These platforms often have multiple applications. Consider how, in many countries, your car-ride hire app now also allows you to order food, book a courier, or book cinema tickets. Open APIs (application programming interfaces) make it possible for different organizations to serve those needs. DBS launched the world’s largest banking API platform in 2017, and it now has hundreds of APIs, allowing it to serve a wide range of its customers’ needs.

Technology architecture is not the only factor. Culture must evolve simultaneously, empowering employees; so too must the operations side of the business, including people’s capabilities – for example in agile techniques, coding and data analytics. Building internal capabilities has allowed DBS to move from being 85% outsource-dependent for technology to 90% insourced, helping it develop a faster cadence.

The third stage is to future proof by measuring progress, becoming data-driven and building business sustainability. Many of the measures required are new to organizations: can your business demonstrate the value of digital vs. traditional customers, for example?

Another critical part of digitalization is the creation of a data-first culture, where the organization shifts to using real-time data and data visualizations to make decisions. This allows the business to react faster to market and customer changes, and, following Haier’s example, to have ‘zero distance’ between themselves and their customers. ‘Better data, better decisions’ is the new mantra.

Digitalization is synonymous with speed and agile methodology, requiring both the right technology and fast decision-making. Yet our research revealed that in the West, bureaucracy is a major hindrance to the adoption of digital, impacting each of the three strategic phases. Many of the leaders that we interviewed felt that there were too many layers of committees and meetings involved in decisions in their organizations. By contrast, legacy systems are less prominent in Asia-Pacific, where organizations are typically younger. This is allowing them to move faster.

With the right approach to developing a digital strategy, Western leaders can still compete with their Asian rivals – but they have much to learn from Eastern pioneers on the digital journey.

— Robin Speculand and Jeremy Blain are the ‘Ticking Clock Guys’. Speculand is author of a new book on the DBS digital journey and the founder & chief executive of Bridges Business Consultancy Int. He also teaches for Duke Corporate Education. Blain is an award-winning business leader and human capital expert, and chief executive of Performance Works International. This article first appeared on dialoguereview.com.