This case was written by Robin Speculand and Adina Wong at the Singapore Management University. The case was prepared solely to provide material for class discussion. The authors do not intend to illustrate either effective or ineffective handling of a managerial situation. The authors may have disguised certain names and other identifying information to protect confidentiality.Copyright © 2016, Singapore Management University

DBS successfully implemented their five year strategy and 12 months ahead of schedule. This case study explains what they did to be successful. The bank set about determining the new strategy and areas of focus, improving processes such as technology, and working on the cultural challenge. These three areas could apply to any organization and the case is relevant for any industry.
To request the university case study with teachers guide please visit https://ink.library.smu.edu.sg/cases_coll_all/159/

“We aspired to becoming a pan-Asian bank.
However – the understanding of what geographies, what business lines,
what competitive advantage, what to focus on and not to focus on – simply, did not exist.”

It was February 2010, four months after Piyush Gupta joined DBS Bank (DBS) as its CEO. He had just spoken at the investor presentation for the fourth quarter of 2009, describing DBS’ financial performance and proposing a new strategy for the bank. This strategy was the outcome of an intensive and productive management retreat held just a month before, where Gupta and his direct reports had developed a plan to realise what Gupta felt was the bank’s untapped potential.

He was cognizant that the bank was implementing the new strategy in the aftermath of the 2008 global financial crisis that had shaken up the financial industry. There had been vast changes in regulation for banks , which were compelled to cull their risk-taking activities and focus on their traditional banking role of lending. On the other hand, there was unprecedented opportunity as global banks were reassessing their position in Asia and some were scaling back on business in the region.

The announcement of the strategy blueprint was well received at the investor conference, and Gupta came out of the meeting feeling inspired and optimistic. The task that now lay ahead was to execute the new strategy.

In 2009, Gupta joined DBS as CEO after 27 years at Citibank. He had a positive feeling about DBS from the very beginning, and said,

I felt that DBS had a very good franchise, so the possibilities were very good. On the other hand, if you looked at DBS’s history, particularly over the past decade before I joined, it had been very choppy. Fundamentally, the bank had underperformed its potential.

Gupta was referring to the decade leading up to his joining the bank, which was punctuated with customer service incidents, some of those relating to system security . On a day-to-day level, there was ongoing customer dissatisfaction about long queues and waiting times at the branches, which could last typically up to an hour, or shortages of cash at the automated teller machines (ATMs). Given the challenges that the entire industry was facing during the Global Financial Crisis, Gupta saw an opportunity for the bank to gain market share and lead in the Asian banking space.

During the first 100 days of his tenure as CEO, Gupta did some investigating, meeting with all the business and country heads to better understand the bank, its people, and the key challenges that lay ahead. He recalled, “There was actually a lot of indiscipline between what the stated aspiration of the bank was, and what we actually wound up doing. Individuals, general managers, businesses…were all just straying completely away from where they needed to be.”

More specifically, Gupta started to formulate an approach which would focus on three areas: determining the new strategy and areas of focus, improving processes such as technology, and working on the cultural challenge.

First would be to put together a list of key strategic priorities for the bank, as well as ‘out of bounds’ markers (which were the businesses the bank should not engage in).

Second, was the inadequate plumbing in the bank, be it technology, MIS, operating policies or training management policies. In Gupta’s view, the bank seemed to be operating without a compass. He recalled,

When I first joined the bank, we had no MIS, and we were flying blind as a company. We didn’t know which segment was profitable, we didn’t know which branch was profitable—we had no way of measuring anything… I thought DBS had become a few single-country banks put together without any single management construct and framework required to run a multi-country organisation.

David Gledhill, Head, Group Technology and Operations, recollected the state of the technology and operations team when he first arrived at DBS in early 2009 ,

There was no pride in technology; it was seen as a cost centre and almost 100% outsourced to vendors. We had an appalling relationship with all those vendors. It was acrimonious, and the message in technology was ‘cut, cut, cut’. We were in fact cutting the ‘heart’ out of the place.

Businesses were also frustrated with technology. There were a lot of big programmes being rolled out which were just not bringing about real value. For instance, there was the ‘core systems programme’, which was started two and a half years before I got here, and was estimated to cost S$200 million (US$142 million) to deliver. When I arrived, they had already spent S$300 million (US$214 million) , and were three years into a two-year programme. And we estimated that it was going to take another five or six years to deliver, with a price tag north of a billion dollars. It was supposed to replace the core systems in Singapore and Hong Kong; but when you compared that to what the business needed, there was no correlation. We just cancelled the whole thing.

The most obvious effects could be seen in the long queues at the branches. Queues were easily between 45 minutes to 1.5 hours. This was because we had more than 80% of the market in Singapore, and 17 million transactions went through our branches in a day. There were a lot of things that needed a physical touchpoint. Our goal was to see how many of the pain points in the bank we could get rid of.

Part of fixing the plumbing, as Gupta called it, was empowering people to improve processes and the way they provided service; as also to invest in new technology. However, Gledhill observed that the approval process for requesting any changes in the way things were being done in the bank was akin to “drilling through granite”.

And finally the third key issue that Gupta was keen to address was the cultural challenge. He noted,

Early on, I realised that there were some good things about the DBS culture and also some clear gaps. The nice thing was we were not a political culture, we were actually quite team-oriented. On the other hand, it was quite bureaucratic. Committees, decision-making being pushed up, lack of decisiveness, lack of entrepreneurship, risk-taking – all of those were part of the culture.

“Superior performance comes from striking a balance
between crafting strategy and executing it.” 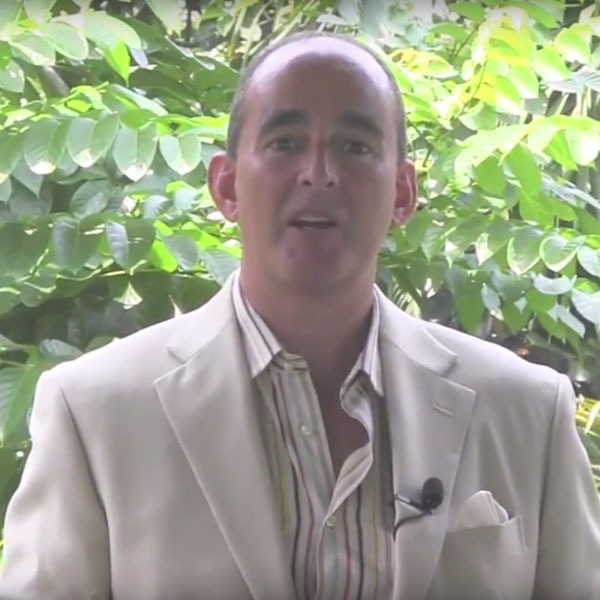